I am not going to sit here and say that there weren’t a few moments that made me laugh – because that would be a lie. In fact, there are some classic humour moments, such as with the patient who had bad facial surgery and both Katherine (Jennifer Aniston) and Danny (Adam Sandler) are trying not to laugh as her eyebrow just bounces back. 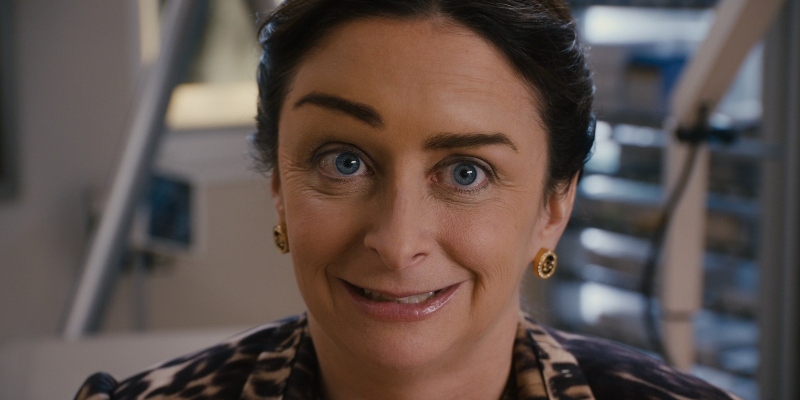 It wasn’t a hefty budget (at least not in comparison with some of today’s box office blockbusters), but it also wasn’t tiny, at $80million. Luckily it did manage to make a tidy profit and globally it made an impressive $215million (so not bad).

As I was doing my research I discovered that film was actually inspired by one that I have watched a fair few times, it is one that used to be on really late on ITV when I was a kid, normally playing for insomniacs or disobedient children who waited until their parents were in bed to go downstairs to watch TV and read (yep, me). The original film came out in 1969 and starred an incredibly young Goldie Hawn. In fact, she won a Golden Globe and Oscar for her role in Cactus Flower. 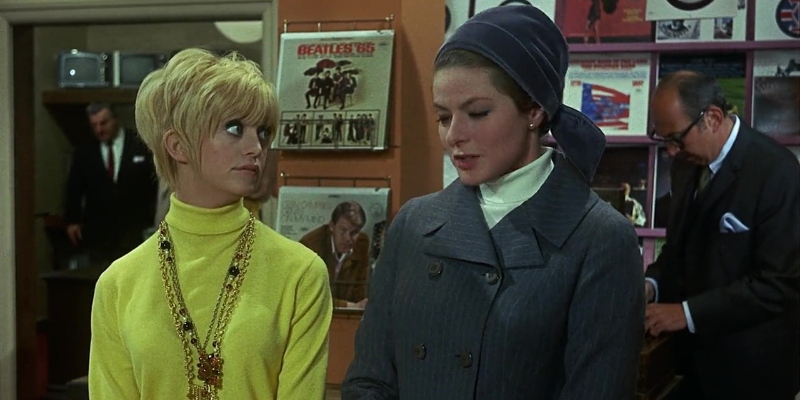 In all honesty, I’d recommend that over this, but then I think that there was something so charming about that era of film that it was always going to be my preferred choice – if I had to make one.

Though Just Go With It was a generous box office success for everyone involved, it was unable to garner critic support.

It’s a definite Rotten Tomato with just 19% on the site with 139 reviews. That’s pretty rotten, and very few of the reviews have anything positive to say. Though, this one review from J R Jones at the Chicago Readers was probably one of the kindest.

Jennifer Aniston has starred in so many lame romantic comedies that she’s become an industry punch line, but drop her into an Adam Sandler movie and she comes off like Katharine Hepburn.

Sandler is a cosmetic surgeon who’s always posed as a married man to attract women; after meeting the blond hottie of his dreams, he persuades Aniston, his office manager, to pose as his wife so he can persuasively divorce her. The story originated as a French play and was later turned into Cactus Flower (1969), a Hollywood film scripted by Billy Wilder’s partner in crime, I.A.L. Diamond; watching Aniston’s sharp verbal timing, you wonder if this might have been a great comedy without Sandler and his Botox gags. Nicole Kidman has a supporting comic role as the office manager’s “frenemy” from college, another reason to keep up the ruse, and Kidman’s frenetic performance makes you appreciate Aniston’s deft touch even more.

Over on IMDB, there is a bit more of a mix, with a considerable number of really positive reviews, though there are a few that give the film just 1 star.

This terrible remake of I.A.L. Diamond’s work on Cactus Flower back in 1969, itself based on an excellent stage play, was difficult to sit through: Too long, too unfunny, and too formulaic. Relying on sight gags and stale jokes cannot save a bad film, much less a screenplay that probably required very little effort on the part of the writers. Of late, much of what’s coming out of Hollywood reeks of paranoia. When one is afraid to take a risk, in the genre of romantic comedies, remake something that was successful years ago. This travesty is indicative of such a mentality. Also, when will Jennifer A. wake up and stop getting herself involved in films that will do little for her career? Save your money and rent Cactus Flower. Trust me, you’ll be happy you did.

I am not saying that this film is dreadful, there are some funny moments (as I have already mentioned), but is it amazing? No, definitely not!

The film was nearly 2 hours long and, for me, that was about 30 minutes too many. It could have been much tighter, certain elements of the plot cut as they were unnecessary and we’d have had a film that I could watch with a drink on a Saturday evening without getting fidgety. Because by the time the last slow 30 minutes came around I just wanted it to be over.

Did I enjoy it?

Yes, though, as I have already mentioned, I do think that it would have been a much better film had it been around the 90-minute mark. Being just 13 minutes shy of two hours made it far too long for a romcom with little substance. I also think that the original film inspired by the French play was much better, so I would definitely recommend that you give Cactus Flower a try. That film has an AMAZING cast, Walter Matthau, Goldie Hawn and Ingrid Bergman. Superb just doesn’t cover it!

Would I watch again?

I have watched this a few times in the years since it was released, but it was another one I hadn’t seen for a while and I don’t watch regularly, even though it is always on one streaming service or the other.

Despite this, I would probably watch it again if someone said ‘Hey, love this, let’s put it on’ because I don’t hate it, I just don’t think it’s as good as many other films that fit into this genre.